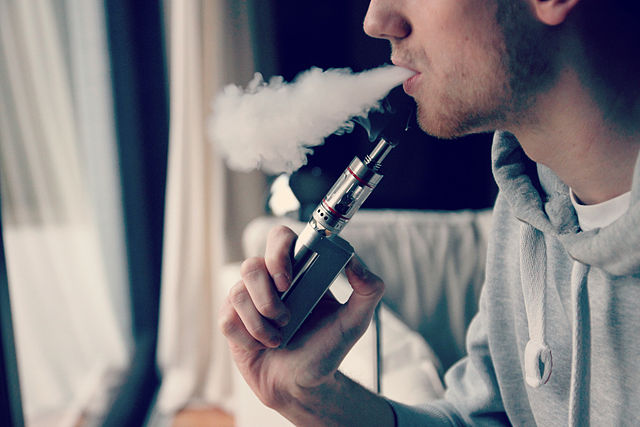 The Daily Telegraph recently reported on a distraught mother whose son had suffered a suspected seizure and stopped breathing after vaping nicotine. The mother blamed vaping for her son’s seizure and warned readers that vaping “is dangerous and can be fatal”.

After such a frightening experience, people often seek explanations, but it is extremely unlikely that vaping was the cause of this seizure.

As with smoking, there is no evidence that vaping nicotine causes seizures with normal use. In the rare instances vaping has been associated with seizures there are likely to be additional underlying risk factors, such as undiagnosed epilepsy or concurrent use of other substances.

We agree that young people should avoid vaping, but the health risks of vaping nicotine are significantly lower than smoking tobacco products. Not a single person has been reported as dying from vaping nicotine globally in over 15 years, and there are currently an estimated 68 million vapers worldwide. In the recent past, a number of cases of lung damage and death have occurred following vaping contaminated cannabis oils. Vaping health concerns can be easily mitigated via standards for safety and quality, and these concerns should not be used to misrepresent the harms of vaping nicotine.

Two anti-vaping advocates were quoted in the article and provided inflammatory and misleading statements that further sensationalised the story. This misinformation and other errors were allowed to go unchallenged, as the journalist made the fundamental error of not consulting a pro-vaping expert for balance. It isn’t hard to find these experts. As a free service, AOD Media Watch offers to connect journalists with respectable sources on AOD issues and provides useful reporting guidelines.

The problem, of course, is not with vaping products. The problem is the almost complete failure of authorities to regulate the vaping industry. Vaping products should be manufactured according to strict standards and should not be sold to children.

Demonising vaping undermines the huge potential of vaping nicotine to improve public health in Australia. Vaping is the most popular quitting aid used by Australian smokers and is more effective than other nicotine replacement therapies. Long-term vaping is likely to be at least 95% safer than smoking according to the respected Royal College of Physicians in the UK.

The Daily Telegraph article also raises an important ethical discussion. It appears that the Daily Telegraph has jumped on the opportunity for a juicy story, and in doing so has stoked the fears of a grieving mother. The paper should have considered its ethical responsibility to this mother and other parents, as well as to expert balance.

We tried to engage with the journalist responsible for the piece via Twitter, voicing our concerns over stigmatisation and the misrepresentation of health issues. The journalist responded by doubling down on her advocacy for a discriminatory approach, suggesting we take the matter to the Australian Press Council (APC). Her reply to our article was equally as defensive, but we have been pleased to see her inclusion of pro-vaping expert Alex Wodak in her most recent piece on vaping.

We contacted the Daily Telegraph too, but as on previous occasions, we received no reply.

Those of you that follow AOD Media Watch will likely remember our previous attempts (Attempt 1; Attempt 2) to report problematic AOD reporting to the APC. The APC has done nothing to resolve AOD Media Watch’s reports, giving the impression of industry self-regulation, while in reality doing little to address AOD misinformation, defamation or discrimination.

However, this situation was unique. It is the first time a journalist has encouraged us to make a complaint (albeit with sarcasm), so we did. Our complaint described how the article had violated the APC Statements of Principles, and read as follows;

“The severity of this problematic reporting is accentuated due to the emphasis given to the personal and emotive opinions of non-experts.

The article does not consult a psychopharmacologist or addictions expert. This knowledge is essential to understanding the political and scientific landscape of vaping. In my [Dr Liam Engel] view this also breaches General Principle 1.

This misinformation may also increase harms associated with vaping and tobacco, in my [Dr Liam Engel] view breaching General Principle 3.”

A short time later we received a brief email that read;

“After careful consideration, it has decided not to proceed further with your complaint as it is considered unlikely that a breach of the Council’s Standards of Practice has occurred.”

Why did we make this formal complaint despite our previous negative experiences with the APC? Because this is an important public health issue and its misrepresentation should be on public record.

There is now strong scientific evidence to support vaping nicotine as a tobacco harm reduction tool. Hostility to vaping is not based on evidence but is shaped by ideology, moral judgements, values and priorities, politics, vested interests and financial considerations.
In time, we hope the value of vaping nicotine will be accepted more widely and the discrimination against people who vape, and more broadly those who use other drugs, will diminish.

Response from Jane Hansen, journalist for The Sunday Telegraph

AODMedia Watch’s approach to this story was to engage in public shame in an extraordinarily bitchy and unprofessional attack on Twitter that was noted by all. Your ‘Oh dear, does someone want to fact check this’ was  very unprofessional and led to a pile on that was illuminating for this journalist.

There was also an allegation of “hate speech” because a professor of respiratory medicine with some three decades of experience used the term ‘nicotine junkie’ and this journalist quoted him, as is my right as a journalist. The fact you chose to call this professor a “non-professional” also was illuminating.

I think if you wish to nominate yourselves as some sort of media watch, you may wish to also avail yourself of some journalistic principles and engage in more mature debate. I’m pleased to see I breached no guidelines in your complaint to the Press Council. As a journalist of some 30 years standing, I knew I had not.

It is of importance to parents and citizens that these stories are reported on because vaping is in its infancy.

The mother’s story was verified, I spoke with her at length, but she chose not to be on the record due to the trolling and abuse she had endured from your lobby. Because it does not fit your narrative does not mean it’s not true.

So in the words of Dr Liam Engel: “It is considered very likely that vaping e-juice is less harmful than smoking, but the long-term health risks are unknown, because vaping is so new and there isn’t much research yet.”

So, I will continue to report on vaping – the good, the bad and the ugly.