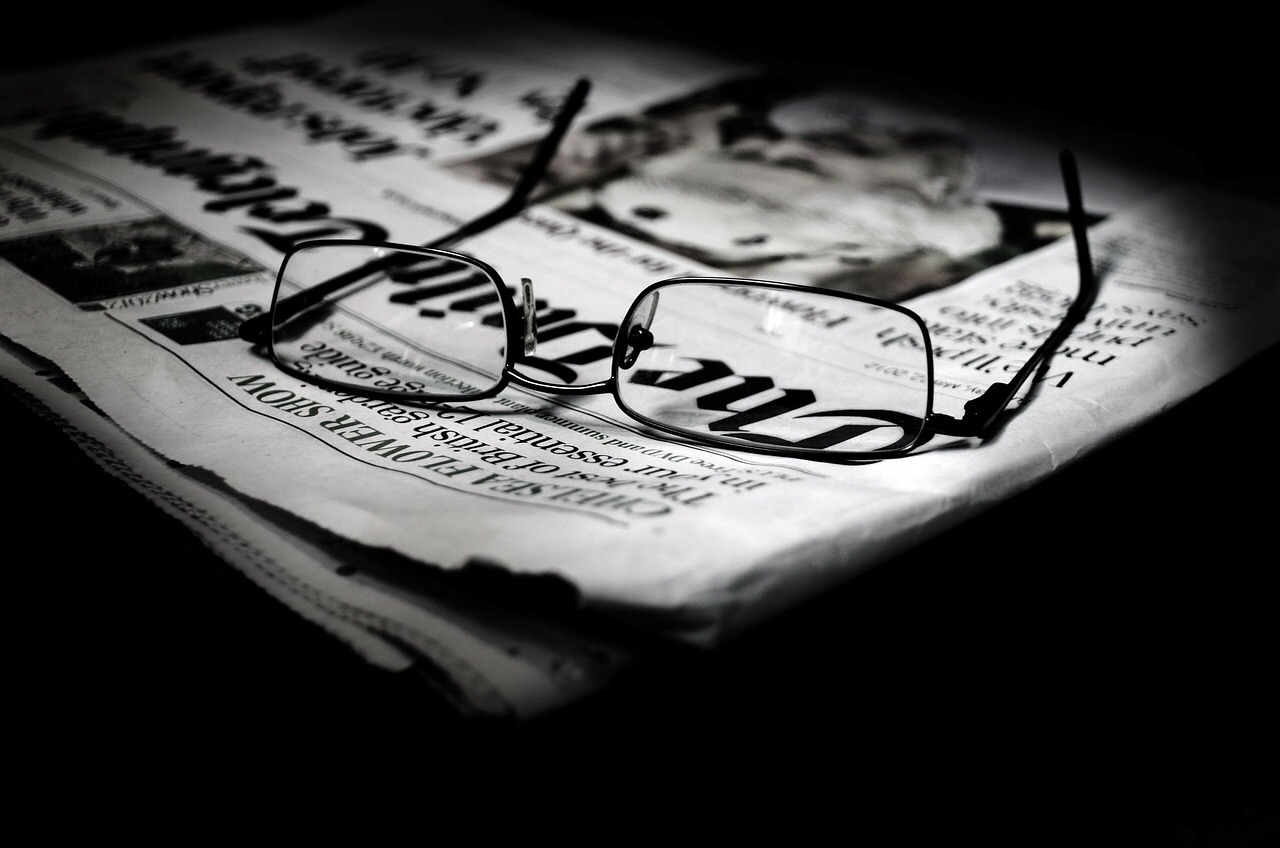 13/12/2017 – SBS’s Joe William should be commended for his story entitled “Stop judging ‘bad behaviour’ and start identifying trauma”. William’s story highlights the many societal factors that can lead people to experience Alcohol and Other Drug (AOD)-related problems. While in most cases the moralistic argument is used that it is a person’s ‘choice’ to initially use a substance, when there is inter-generational abuse, violence and drug use the degree to which such free will exists might be questioned. Joe notes this when he writes “what we know about behaviours is that largely, behaviours are a product of environment; so in actual fact, we should be looking to heal the environment as much as we need to heal the individual”. In doing so, he seeks to shift the conversation from one of blame and judgment to the more constructive frame of seeking to understand what might be driving the behavior and addressing the underlying causal factors. In so doing it makes the link between drug taking behavior and trauma by discussing a particularly tragic story. He goes on to state that “Addiction is no doubt a product of such pain and trauma.” In doing so Joe emphasises the humanity of drug dependence. It is such shifts in the national discourse that are needed in order to implement evidence-based drug policies.

17/10/2017 – Paul Gregoire is a journalist with both VICE News and Sydney Criminal Lawyers. Through a number of articles Paul has consistently demonstrated that stories about illicit drugs need not rely on sensationalist and emotive narratives to get their message across. Paul’s work has many positive features, however it’s his strong conviction about the need for evidence-informed policy and practices that highlights why his writing is so well regarded.

One thing about most of his VICE articles dealing with harm reduction and drug law reform is that he engaged the opinion of people who use drugs themselves. For example, one recent piece involved a man who has been using a NSP, as well as an activist, who was proactive in their establishment.

Paul has written extensively on harm reduction. For example, he wrote an article about the push for pill testing, just as it was getting up and running. It details the reasons why the services are needed. It provides evidence from both medical and harm reduction experts. And the article also references the experiences in Europe, which support pill testing as an evidence-based approach.

He interviewed Adriana Buccianti, who lost her son in a drug-related death, for the piece. Many in the community might expect a person in her position to become an anti-drug campaigner, but, she’s now campaigning for a safer and more informed approach for those people who are going to use drugs. Paul’s articles also feature presenting people who use drugs as empowered and rational human beings, as well as representing an anti-prohibition stance from law enforcement, are perhaps the most significant points.

In other articles Paul has interviewed important figures from the criminal justice system including former judges and police. Paul demonstrates that it’s important to understand the issue of drug policy reform from a wide range of perspectives and that there is support for change within groups that have traditionally been opposed to reforms.

03/10/2017 – Over the past 12 months, the Herald Sun has demonstrated a consistent commitment to advocacy for evidence-based policy in Victoria through a number of articles and opinion pieces, reporting on the contentious issue of establishing a Medically Supervised Injecting Centre (MSIC) in the Melbourne suburb of North Richmond.

In doing so, the Herald Sun has demonstrated that reporting on Alcohol and Other Drug (AOD) issues can be done in an informed, considered and balanced way. For example, in an article entitled “Mother of young overdose victim challenges Premier Daniel Andrews to address deadly heroin scourge”, journalist Ian Royall acknowledges the humanity of his interviewee and allows her to highlight how a MSIC might have saved her son’s life. In doing so, Royall highlights that the Andrews government is not taking an evidence-based approach to this issue. Judy Ryan, secretary of the Residents for Victoria Street Drug Solutions, highlights this evidence in her Op-Ed entitled “How injecting rooms will save lives in Richmond and Abbotsford”.

While opposition mental health spokeswoman Emma Kealy said Victorians did not want “government-sanctioned drug ghettos popping up around our suburbs” through the establishment of a MSIC, journalists Ian Royall and Alex White, imply that this simply is not true and highlight the support from a range of expert groups suggesting that the MSIC would improve the suburb with less discarded needles and public injecting. Even an editorial in the Herald Sun has provided support for the implementation of the MSIC based on evidence from Sydney and the impact that it would have on rates of discarded needles.

As such, the Herald Sun and its journalists should be commended for its commitment to evidence-based, factual reporting regarding the establishment of a MSIC in Melbourne – and for considering the humanity of people who use drugs.

14/03/2017 – This commentary by Jill Stark published by SBS highlights the critical thinking that is required by journalists who cover Alcohol and Other Drug (AOD) issues. She highlights the need for a change in drug policy because what we are doing is not working and points to the political gridlock that is precluding progress. Jill has a demonstrated history of trying to understand various AOD issues through good investigative journalism. She has demonstrated balanced reporting, publishing a number of articles on the issues of alcohol in Australian society, not just focusing on the problems associated with other drugs.

14/2/2017 – This opinion piece from Sam Biondo, CEO of VAADA, highlights that the government have been turning a blind eye to evidence-based harm reduction strategies. He is critical of the Victorian Police’s rationale for not releasing the information they had about the toxic drugs involved in the Chapel Street incident and calls for pill testing. Further, he calls on the government to support the Safe Injecting Facility in Richmond, citing international evidence that shows the many benefits gained through the delivery of such services. Overall, a great call to arms for harm reduction in Victoria.

6/2/2017 – Following from our story on the incident in Chapel Street, 9 News have published a piece highlighting the dangers that people might face in using reagent testing when drugs such as those implicated in the Chapel Street incident contain low levels of MDMA. This only further highlights the need for proper pill testing in Australia.

2/2/2017 – This story news.com.au by Joe Hildebrand touches on harm reduction in smoking. It is a crime to use e-cigarettes in Australia despite compelling evidence from overseas that it can reduce harm. The story provides smokers with a sense of humanity despite them often being portrayed as social pariah, and highlights the the failure of the TGA to consider the evidence for e-cigarettes reducing harm (Submitted by Dr Alex Wodak)

19/1/2017 – This story in the Age by Sarah Gill highlights how the political gridlock on implementing drug checking services could be avoided if politicians listened to advice from AOD experts. This would lead to evidence-based drug policy instead of politicians playing the game of politics. The story headline says it all “Step aside, politicians, and let somebody who knows what they’re doing take charge”

4/1/2017 – This Editorial in The Age demonstrates that opinion pieces can be factual and evidence-based by highlighting that while more Victorians die from drug overdoses than road accidents, the Victorian Government’s budget for Alcohol and Other Drug (AOD) treatment is less than half that for road safety.  It also calls for decriminalisation and drug checking services to reduce harm and overdose deaths – and are all supported by strong evidence.

20/10/16 – The Age journalist Chloe Booker for published this response to the recent stigmatising and inflammatory coverage of welfare payments and methamphetamine use in the Herald Sun that was described on AOD Media Watch by Laurence Alvis, the CEO of Regen.

Alert us to exemplary reporting

If you have read an exemplary piece of AOD journalism, please let us know by completing the below form.