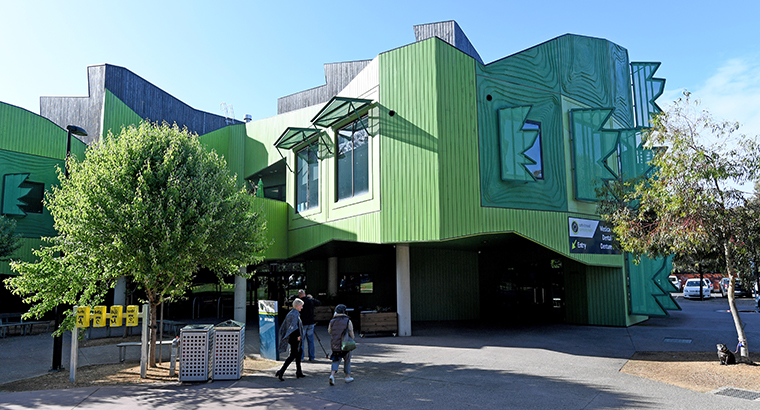 The Herald Sun’s recent article, “Dozens arrested in drug trafficking crackdown near safe injecting room”, has compiled arrest reports concerning drug trafficking and possession across the entire City of Yarra and attempted to use this to support the campaign against the Richmond Medically Supervised Injecting Room (MSIR).

This isn’t the first time the Herald team have used misinformation to criticise the MSIR, or the first time AOD Media Watch have called them out for it. This isn’t the second, third or fourth time either, it’s the fifth. Our October 2019 headline “Who’s more against the Richmond medically supervised injection room – residents or the Herald Sun?” rings just as true as ever.

“The harm caused by illicit drugs ripples throughout our entire community – with drug-fuelled violence, burglaries and thefts committed to support an addiction, drug-related road trauma, family violence and sexual assaults.”

Police are again trying to justify the huge amount of resource allocation to drug enforcement by blaming all of society’s problems on people who use drugs. Another AOD Media Watch article springs to mind: “Is Victoria Police behind the media push to close down Melbourne’s injecting room?” The relationship between Victoria Police, the Herald Sun and vested interests in closing the MSIR certainly begs further investigation.

Targeted policing campaigns will always raise statistics on the offences being targeted, because police are spending more of their time and resources on these offences. Further, the arrests reported in the article were made as far away as Clifton Hill—there is no indication that these people were injecting or connected to the MSIR in any way. There is nothing to suggest that the people arrested used the MSIR or interacted with MSIR clients. It seems quite clear that Victoria Police don’t support the MSIR and are actively working with a small but vocal group of residents who are campaigning to have the facility moved.

The MSIR is located in an inner-city part of Melbourne where, prior to the introduction of the MSIR, public drug use was an everyday part of life. Drug use is also common throughout the entire City of Yarra—intertwined with the city’s extensive nightlife precincts and proximity to the CBD. None of this is evidence of the MSIR being a causative factor in drug use in the area. If anything, it is more likely that public drug use has decreased following the introduction of the MSIR.

The Victoria Police’s Drug Strategy, states they will “work with the community and our partners to ensure those suffering from addiction are connected to appropriate treatment and support services.” Acting Superintendent Kelvin Gale’s statement to the Herald Sun implies the Victoria Police are not including the broader community or health experts in their activities concerning the MSIR or drugs. We have said it before, but it is worth saying it again: law enforcement are not drug experts. We should stop police as such and stop empowering them to make drug related decisions.

To be fair, it is possible Gale was unaware that the journalist Jack Paynter would be making such flimsy connections of his statements to the MSIR. Perhaps a hidden Herald Sun agenda was responsible for Paynter’s dangerous misreporting. Irrespective of the motivations behind the Herald Sun article, the overall picture reflects poorly on the supposed community and partner-driven approach to addressing drug addiction problems in the City of Yarra. Where is the voice of the people who use or work in the MSIR, or the voice of local health professionals? We suspect these voices would be requesting the establishment of more MSIRs, not the relocation of the only one they already have.

Sarah Stivens, is a writer and editor who works in the AOD sector.