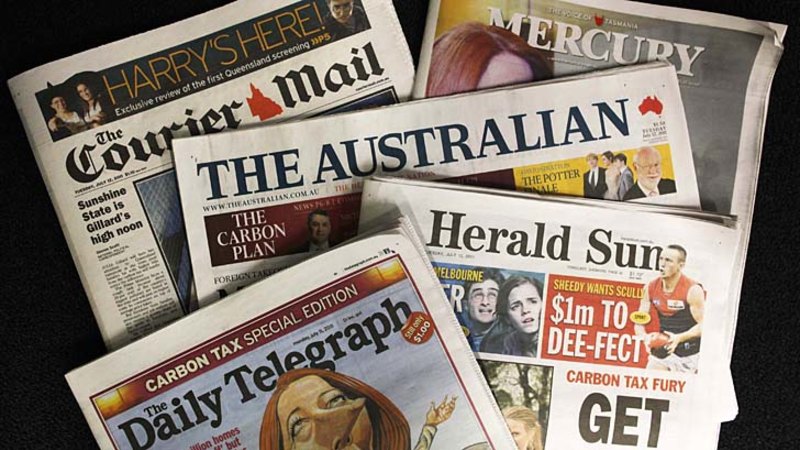 Last year, AOD Media Watch published a piece about the Cranbourne Leader naming and shaming people who had committed petty drug-related crimes on their Facebook page. Earlier this year we covered a piece in which we exposed the Queensland print media doing the same:

It seems the Queensland media did not get the message, with The Brisbane Courier Mail (TBCM) publishing a story in May titled ‘The Drug Crimes of Southeast Qld Parents Revealed’. Once again, the Queensland media have collated a series of cases that are so minor that on their own, we doubt that many of the cases would have received any media attention.

Take for example, the mother prosecuted for possession of half an ounce of cannabis and a bong who was apparently at risk of her children ending up on meth if she did not get her life back on track. In some Australian states and territories, this mother would have not been charged with a crime. And, of course, TBCM couldn’t resist repeating the story about the so-called 69-year-old ‘drug granny’.

Journalists naming and shaming has irreversible impacts, and the ethics of this behaviour is questionable at best. Openly humiliating or public shaming someone as punishment is a form of intimidation and hate speech. It’s a strategy where the narrative, as conceived by the journalist, goes unchallenged by the community, and is perceived as acceptable. This shouldn’t go unchecked.

Who benefits from the media eroding human rights?

In her latest book, Everything Harder than Everyone Else, Jenny Valentish describes how our society has a lust for disgust. She goes on to highlight how this lust drives our current obsession with reality TV like ‘Survivor or I’m a Celebrity: Get me out of here!’ It is for this reason that bad news sells newspapers.

By promoting and perpetuating these click-bait narratives, the mainstream media helps those people not named and shamed feel better about themselves. Too often the readers of these articles experience ‘schadenfreude’, a mischievous delight in the misfortune of others.

TBCM’s reporting is an example of how schadenfreude maintains the war on drugs via the construction of drugs as bad, evil and criminogenic.

The mainstream media benefit from running these petty crime montage stories because they help sell newspapers. In doing so, the mainstream media maintains a status quo that perpetuates stigma against people who use drugs, keeping alcohol cartels and other vested interests happy.

Why is this sort of reporting a problem?

TBCM has been very successful in this respect. They have named and shamed parents with children, brothers and sisters, jobs, goals, aspirations and feelings. The worst possible thing you can say to a parent is that they are a “bad parent”. Yet, TBCM has spun this collection of stories about parents in such a way that implies parents deserve to be named and shamed.

This shame is consolidated through language such as ‘addict’ and ‘druggie’. The public associate such terms with a lack of willpower, immorality and criminality. While some people reading TBCM’s story might experience schadenfreude, how do people who use drugs and their families feel? Research has found that people who use drugs internalise these narratives resulting in reduced self-worth, reduced access to support services and poorer physical and mental health outcomes.

Evidence overwhelmingly shows that most people who use drugs do not experience harms or become dependent. And of those who do develop drug-related problems, most have had adverse childhood experiences, traumas and/or psychosocial disabilities. This might not be the case for those named and shamed in TBCM’s article, and we have not spoken to them, but the law of probabilities suggests that it is highly likely that many of these people have experienced significant hardship.

Where to from here?

Mainstream media outlets have the power to unite and/or divide people through a common enemy. People who use drugs are often painted as one of those common enemies. A part of the great unwashed. The press creates our future by how it reports our past.

Article 12 of the universal declaration of human rights states:

“No one shall be subjected to arbitrary interference with his privacy, family, home or correspondence, nor to attacks upon his honour and reputation. Everyone has the right to the protection of the law against such interference or attacks.”

Journalism has made people question things that needed questioning. It’s changed cultures through information exchange and integrity. Hearts, minds and lives can be changed by good press. Its time to tell more good stories about drugs.