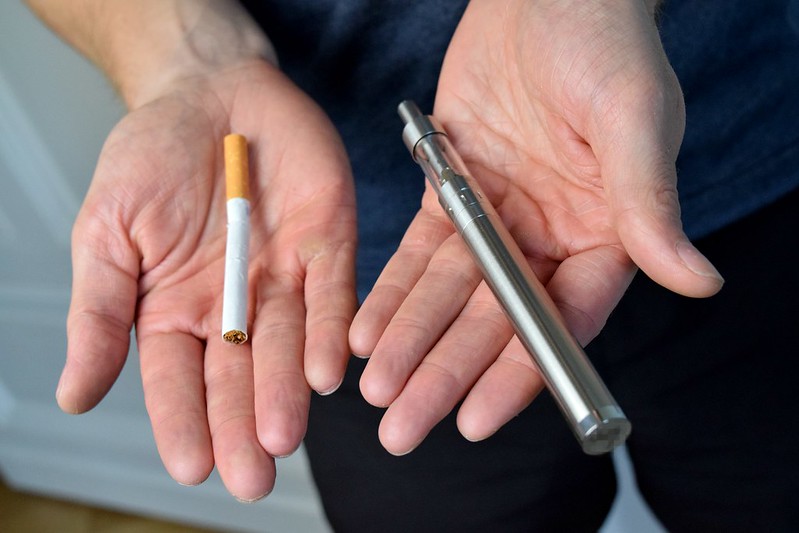 A recent article on vaping nicotine in the Daily Telegraph (Sydney teen issues vape warning after being hospitalized, by Hannah Paine, 31 August 2021) was inaccurate, alarmist and unbalanced and could harm public health efforts to help people quit smoking. The journalist and editor were contacted several times to correct the article, but have so far not responded.

On 31 August 2021, an 18-year-old woman from Sydney developed chest pain and went to a hospital Emergency Department. The doctor diagnosed pleurisy (inflammation of the lining of the lung) and reportedly told the patient it was caused by vaping.

However, vaping nicotine is not recognised as a cause of pleurisy. There are millions of e-cigarette users globally and there have been no reported cases of pleurisy linked to vaping nicotine. Furthermore, there is no plausible mechanism by which it could occur.

Pleurisy is common among healthy young people. It is usually caused by viruses or bacteria which get to the lung through the bloodstream. Pleurisy can also be caused by pneumonia, pulmonary embolus, autoimmune disease, or lung cancer.

Leading vaping researcher and respiratory doctor Professor Riccardo Polosa from the University of Catania said, “Vaping may cause transient airway irritation in users and inflammation in experimental lung models, but there is no evidence that it causes pleurisy.”

Dr Jaymin Morjaria, a respiratory physician from Guy’s & St Thomas’ NHS Foundation Trust in the UK agreed, saying “There is nothing in the literature that I am aware of that would implicate vaping nicotine with pleurisy or any plausible mechanism! It is highly unlikely that vaping played any role in this case”.

The experience was certainly very distressing for this young woman and was outlined in alarming detail. The pain was described as “scary” and “unbearable” and the “worst chest pain I’ve ever experienced”. She was told to stop vaping “or else I’d end up needing to get my lungs drained” and that it was “unclear whether she will suffer permanent damage from the incident.”

Vaping nicotine is far less harmful than smoking but is not risk-free. Use by non-smokers is strongly discouraged and we certainly don’t want non-smoking teenagers to take up recreational vaping.

However, misattributing this condition to vaping may discourage adult smokers from using it as a quitting aid. Vaping has been recognised as valid second-line quitting aid by the Royal Australian College of General Practitioners. For current smokers, vaping nicotine is significantly more effective in helping them quit than other nicotine replacement therapies (such as nicotine patches and gum).

This article fails to follow media guidelines on several counts:

Numerous surveys have shown that the public is misinformed about vaping and most people incorrectly think it is as harmful as or more harmful than smoking.  However, the UK Royal College of Physicians has concluded that long-term vaping is probably no more than 5% of the risk of smoking.

Vaping nicotine is now the most popular quitting aid globally. It would be a shame this article and others like it add to that misinformation, and discourage cigarette smokers from trying vaping to quit.