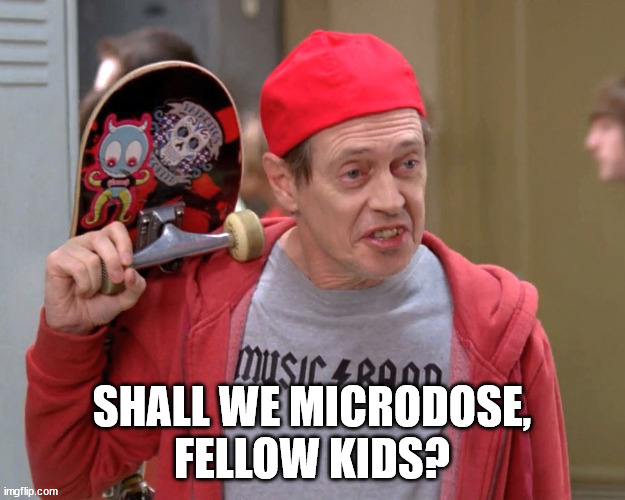 News.com.au publish a weekly column called ‘Ask Doctor Zac’, in which medical practitioner Zac Turner responds to questions, presumably submitted by readers of the column. A recent submission from ‘Anon’ reads like a more psychedelic and slightly less dramatic version of Reefer Madness.

“Dr Zac, I’m a fairly heavy user of magic mushrooms… I got into it because it was fun and risky, but now tend to prefer spending my Sunday afternoons outside in my own trippy world… I’m thinking about microdosing… Is my heavy use of psychedelics now going to cause me to be crazy when I’m older? – Anon, Byron Bay

I can’t help but wonder if Dr Zac and/or his editorial team writes these questions. They might have got Byron Bay right, but there are a few things that don’t add up.

Conspiracy theory aside, Dr Zac goes on to promote a typical abstinence approach, which AOD Media Watch readers will know struggles to align with harm reduction, potentially exacerbates drug harms and perpetuates drug stigma. There is also a variety of psychedelic misinformation:

Perhaps ‘Anon’ and their question for Dr Zac was genuine, but it certainly seems like news.com.au have taken advantage of an opportunity to have ‘magic mushrooms,’ ‘microdosing’ and ‘Dr’ all in the same headline. Law enforcement are not drug experts, and in many cases, neither are medical practitioners. Media outlets should ensure material is seen by appropriate reviewers before publication. This story is a direct example how even positive drug research intentionally crafted by people fighting drug stigma can be appropriated to perpetuate drug misinformation and harm.