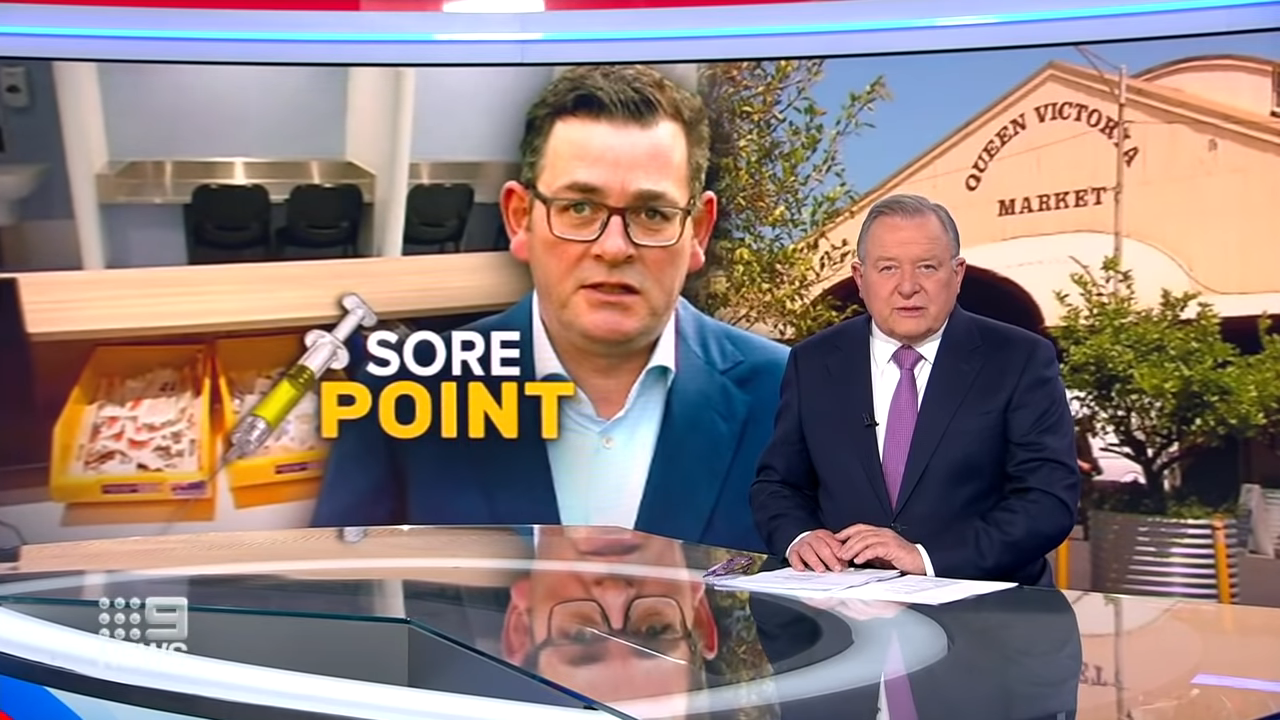 On the 5th June, an evaluation of the Melbourne Medically Supervised Injecting Room (MSIR) was released. The evaluation found that the MSIR was one of the busiest in the world, with over 119 000 visits and an estimated 21-27 lives saved. The report also cited evidence that alongside the direct benefits of the MSIR, there had been reductions in both ambulance call outs and reports of public injecting.

While most media reports presented the data in an unbiased manner and focussed on the report’s recommendation to establish a second MSIR in Melbourne, Channel 7 and 9 news presented consistently agenda-driven coverage which depicted the MSIR as a danger to the local community.

In the absence of significant evidence supporting this agenda, 7 and 9 turned to vox-pops from members of the local community, all of whom derided the MSIR. As well as calling the centre a threat to public safety, the community members deployed dehumanising stereotypes against people who inject drugs: “The minute you allow users out on our streets… It’s really concerning…” insisted one woman, referring to people who inject drugs as if they should be caged animals.

The presentation of opinion in lieu of evidence was problematic because it could have provided the public with a false sense that the centre and its clients were dangerous, which in turn could have encouraged stigma and ill-treatment of people who inject drugs.

We know that there is broad public support for the MSIR. If Channel 7 and 9 wanted to stick to journalistic standards and reflect the true nature of local community opinion, they should have aired interviews which demonstrated the divide in public views, rather than focussing solely on those whose views were negative and stigmatising.

The irony is that the trend for biased media reporting was noted in the Melbourne MSIR evaluation report, which cited the Herald Sun as a key culprit. This biased reporting by the Herald Sun is something AOD Media Watch has reported on extensively, even submitting a recent complaint to the Australian Press Council. It seems that the Herald Sun’s misinformation and stigma has spread to Australian television news.

Channel 7 and 9 ran several small snippets each hour up until the main news program. During each of these smaller segments, negative opinions were aired on the proposed location of a new MSIR in the CBD, with the opinions focusing on the perceived impact on the nearby Queen Victoria Markets.

Each of these news updates prior to the main news program used file footage of people acting in an antisocial manner or utilising injecting equipment in public, falsely implying that this was the outcome of the evaluation of the MSIR.

Rather than focusing on the emotive reactions of locals to the announcement and sensationalising the story as if it had been a secret; stating that “no one saw this coming” and the community had been “left in the dark”; channel 7 and 9 should have stuck to the facts.

What they did right was provide statistics citing the number of people saved and use language such as “clients” of the service rather than other pejorative terms that were used in the coverage “addicts”.

However, it would have been better for Channel 7 and 9 to also provide expert commentary, since some of the vox-pops perpetuated the use of stigmatising language and contained misconceptions.  For example, one business owner stated, “we could come around, and someone is shooting up in our [shop]”. The aim of a MISR is to prevent such behaviour, not encourage it!

Instead, the Channel 7 news report positioned the police association as experts, citing concerns that the MSIR only supports drug dealing. But, as we have emphasised in the past, law enforcements are not drug experts. This was also the case in the Channel 9 news report, with Police Association spokesperson Wayne Gatt characterising these areas as “no policing zones”. This is not an accurate description (i.e., implying that no policing of any activities      occurs in the area of an MSIR).

MSIRs are a vital harm reduction resource that saves lives. The efficacy of MSIRs are clear, but their supply does not meet demand. There are currently only two MSIR in Australia and more are desperately needed. By suggesting that there is no such need, 7 and 9 are influencing public opinion against the establishment of further MSIRs. In doing so, these television stations might fairly be blamed for the ongoing deaths of Australian people who inject drugs.