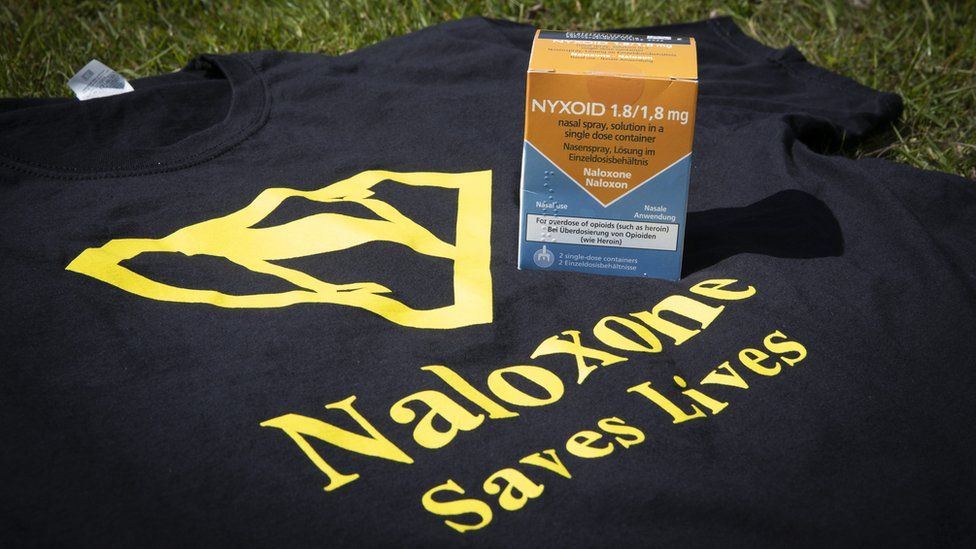 On June 30, 2021, Western Australian (WA) Police announced the July 1 launch of the WA Police Naloxone Pilot. Naloxone is a potentially lifesaving medicine that can reverse an opioid overdose.

Most WA media outlets covered this story well, albeit with a focus on police officers. However, the primary reason for this project was police are often first on the scene when a person has overdosed on opioids – not because police themselves were experiencing a risk of overdosing. Channel 7 News Perth ran a piece which was scattered, disjointed and provided stigmatising and potentially harmful misinformation.

The piece began by constructing naloxone as a ‘weapon’ in the “war on drugs”, rather than as a lifesaving first aid medication. Confusingly, Channel 7 seemed to think that the naloxone program expansion was aimed at reducing deaths among local law enforcement from exposure to fentanyl.

That such exposure to fentanyl could lead to deaths among law enforcement is a myth that has already been debunked overseas. And there is little evidence of illicit fentanyl being much of a problem in Australia.

They went on to say that naloxone “blocks bodily receptors from some of the worst effects from substances like meth”. This simply isn’t true. Naloxone blocks the endorphin receptors that opioid drugs bind to. Methamphetamine has minimal effects on the endorphin system. Rather, it’s effects are primarily due to the dopaminergic system.

Imagine someone who had seen this story attempting to spray naloxone nasal spray into the nose of a person experiencing methamphetamine induced psychosis!

While providing this misinformation, Channel 7 News Perth rolled over a minute of footage of US police – not WA police. In the US fentanyl is a concern and the rate of deaths from drug overdoses continue to reach unprecedented levels. Fortunately, Australia has not seen any significant increase in the availability of fentanyl, perhaps because rates of heroin use are much lower in Australian than the US. However, this sensationalist footage obscured the fundamental purpose of the WA Police Naloxone Pilot, which is to reduce opioid overdose in the WA community.

It is disappointing that Channel 7 News Perth opted to run footage of US police rather than the positive WA Police training footage shown by other media outlets, which made the real purpose of the naloxone program clear.

Instead, Channel 7 chose to frame harm minimisation as a weapon in the “war on drugs.” This makes no sense, given that the so-called war on drugs actually results in harm maximisation.

Harm reduction accepts that people will use drugs and aims to minimise harms to those who choose to use drugs, their families and the community. As such, Channel 7 missed an opportunity to inform readers of an important step forward in harm reduction. Instead, the story was used as an opportunity to capitalise on the popular mainstream-media saga of the “success” of the war on drugs.

Almost 30 years ago, evidence began emerging overseas that providing naloxone to people at-risk of an opioid overdose and their friends and family was an effective harm reduction strategy. More recently, every Australian state and territory has trialled and/or delivers take home naloxone programs, including peer-distribution models. The Australian evidence overwhelmingly shows that these programs save lives, yet they have yet to be embedded within Australia’s National Drug Strategy.

The messaging by Channel 7 News Perth that naloxone ‘kills a drug induced high’ is stigmatising and undermines the efforts of the Commonwealth Take Home Naloxone Pilot, recently extended to June 2022. The pilot expands access to free naloxone in WA, not only to people who use illicit opioids, but to those who use prescription opioids. In Australia, 70% of overdose deaths involve prescription opioids. Those aged between 45-years and 54-years are most likely to die from a drug overdose in Australia.

People who use prescription opioids may become reluctant to access naloxone if they are accessing opioids for pain management and do not wish to be associated with the “war on drugs” or identified as a “drug user.”

Whilst there are less Australians dying from drug overdoses than in the US and Canada, deaths from drug overdoses are at a record level high here, and opioid drugs are a key contributing factor. Therefore, the initiative taken by the WA Government and WA Police, for WA Police to carry naloxone to respond to opioid overdose, is ground-breaking in Australia.