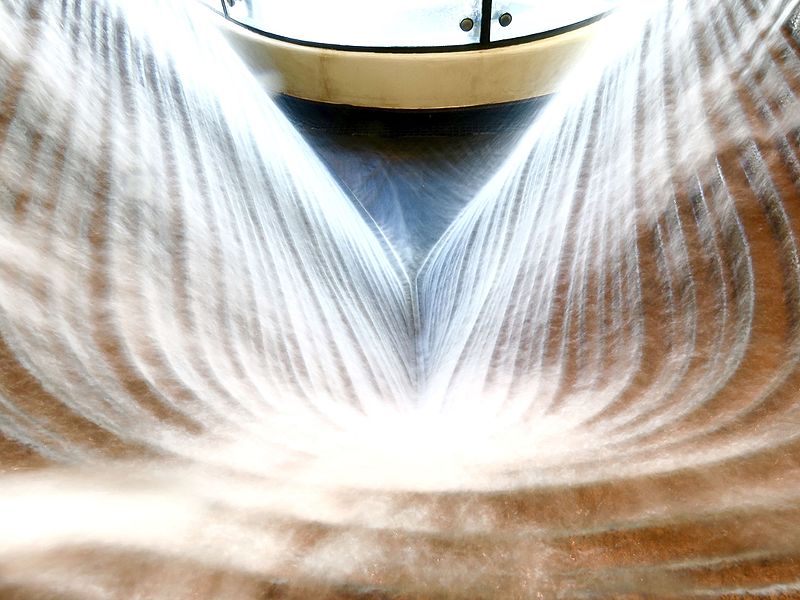 Methamphetamine is back at the forefront of national attention, thanks to the framing of new wastewater analysis data as further evidence of a national ‘ice epidemic’. The reality, of course, is more complex. On the 26th of March the Australian Criminal Intelligence Centre (ACIC) disseminated media releases that were tailored to each state citing findings from the first National Wastewater Drug Monitoring Program report. These media releases led to the latest round of hyperbolic media coverage about illicit drug use in Australia, predominantly focused on methamphetamine.

Most stories, including a report by the ABC, stated that “Methylamphetamine is the most consumed illicit drug in the country”. However, cannabis is the most commonly used illicit drug in the country. Journalists who made this claim were taking this information directly from the ACIC media releases. However an analysis of the actual report shows that while cannabis had been a target drug in other wastewater monitoring programs, it was not included in the ACIC program. In wastewater analysis programs, such as that conducted by the Drug and Alcohol Services of South Australia, cannabis was detected at higher levels than methamphetamine. The claim “Methylamphetamine is the most consumed illicit drug in the country “ is simply untrue. This incident highlights the need for good investigative journalism that does not simply regurgitate the information contained in media releases, but rather, examines multiple sources of credible information.

One might question the motivation behind the omission of including cannabis as a target drug in the ACIC project. Certainly media releases stating that cannabis is the most used drug would not have generated the same spike in reporting about illicit drug use in Australia. Unlike methamphetamine, cannabis does not evoke the same moral panic and public outrage. Perhaps it was political opportunism to re-create a focus on the so called “ice epidemic”, with Justice Minister Michael Keenan insisting that the report is evidence of an ‘explosion’ in methamphetamine use, despite such claims (although repeatedly made by political leaders) being repeatedly shown by researchers to misrepresent changing patterns of illicit drug use.

The Minister’s revival of inflammatory (but politically useful) rhetoric on the topic of methamphetamine use ensured that the story received extensive national coverage and provided an opportunity for the Federal Government to present itself as ‘tough on drugs’. It’s a tried and tested strategy for administrations seeking a diversion of public attention away from other key issues such as the far greater problem associated with alcohol-related harms, which pale in contrast to the problems Australia faces from methamphetamine. Research has shown that this sensationalist approach can be detrimental, creating a moral panic, strengthening stigma and, counterintuitively, leading to increased use of the drug through normalisation.

In this rush to focus the national attention on a supposed ‘ice epidemic’ most journalists neglected to recognise that cannabis was not included as a target drug or the limitations of wastewater analysis data. For example, chemists have questioned the accuracy of the analyses given the low quantity of drugs and metabolites that are in the raw sewerage, in addition to the methods of calculation that are used the determine the number of doses of a given drug. Further, the data only provides information about aggregate amounts of drugs in a community’s wastewater but does not provide information on the patterns of use within that community. Instead, the media releases revived old rhetoric and succeeded in framing drug policy as a law enforcement issue for ensuing media reporting of the report’s findings.

A case in point: the following day’s Herald Sun editorial (‘Never give in on drugs fight’).  While the paper had recently shown some encouraging signs of a shift in its coverage of drug policy issues (most noticeably its moderate support for the establishment of a pilot Medically Supervised Injecting Centre in Melbourne), this editorial returns to type.  Taking its lead from Minister Keenan, it assumed that large police seizures of illicit drugs are proof of ‘unprecedented success’ in preventing the supply of methamphetamine and other illicit drugs within Australia and called for more of the same, claiming that ‘policing remains the most vital element in stemming the damage of drug use in our community’.

There is an alternative, but equally plausible, albeit more unpalatable, assumption that could be proposed. The failure of these ‘massive’ seizures to shift the price per kilo of any substance in Australia is a damning indictment of the inability of law enforcement to make a real dent in supply, or more importantly, demand. International research consistently highlights the ineffectiveness of law enforcement measures in preventing the supply of illicit drugs.  Law enforcement measures are expensive and less cost-effective than investments in drug treatment and harm reduction services, yet they continue to account for the great majority of drug policy expenditure in Australia.

While our political leaders continue to beat the law-and-order drum in any public discussion of drug policy (regardless of whether it be a product of political conviction or opportunism), compliant major media outlets fail to uphold basic journalistic principles and hold governments to account for their claims and their rhetoric. These failures significantly diminish our capacity to hold an informed debate about illicit drug use and the most effective strategies for preventing and reducing the harms for individuals, families and the wider community. We need journalists to look beyond the surface of politicised policy claims and question the selective use of research data.

This article has been adapted from a piece published on Croakey. To read the original article, click here