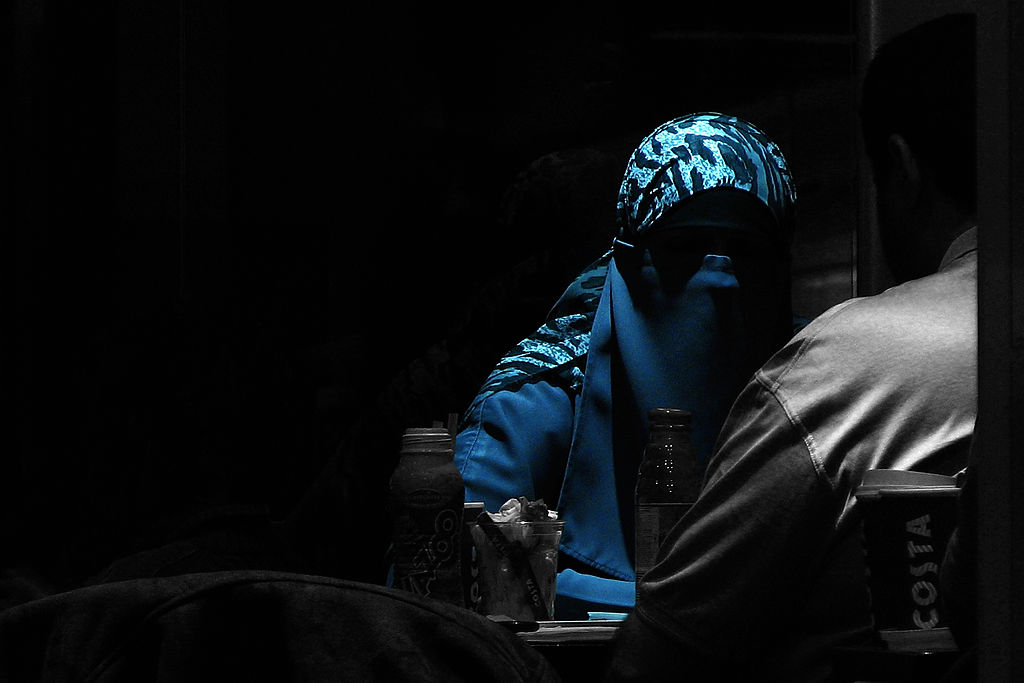 On March 10th, the Herald Sun ran a court story by Padraic Murphy about the sentencing of 22-year-old Felicity Chafer-Smith, who – along with her 38-year-old boyfriend Clinton Phillips – embarked on three robberies over two days in Melbourne.

The headline of the newspaper version reads: “Junkie goes to jail”. The online version reads: “Burqa-clad junkie”. Both begin with the words: “A young ice junkie who robbed a fast-food store in a niqab”.

Apart from the fact that there seems to be confusion over the difference between a burqa and a niqab, this language is dehumanising and archaic. ‘Junkie’ – usually associated with heroin use, not methamphetamine – is a term loaded with bias, as a 2017 report from the Global Commission on Drug Policy has noted. Last year, multinational news agency Associated Press published its updated stylebook, recommending that labels such as ‘addict’ not be used (which was reported on everywhere from NPR to Slate to Huffington Post). There’s no mention of ‘junkie’ in the stylebook because it goes without saying that the term is offensive.

Reinforcing in readers’ minds that people who use drugs should have a noun to themselves implies that those people are not like the rest of us. To use a slur such as ‘junkie’ actively puts them in the village stocks and hands out the rotten veg. The Herald Sun doesn’t need to be told that this kind of language increases stigma, pushing those individuals further out onto the fringes of society and actually acting as a barrier to seeking treatment. If the journalist harbours genuine concern for the general public, well, as AOD Media Watch published on January 5, there are more positive ways to engage a community response to methamphetamine.

It’s unsurprising that the media is champing at the bit to cover this court case, since the story has the titillating components of an attractive young woman, drug use and Islamic dress [allegedly – some descriptions simply mention a veil]. It ticks the outrage and voyeurism boxes.

But the fact that Chafer-Smith was only 12 years old when she started using drugs only warrants a passing mention. It’s possible that no background information was supplied in court, but even the layperson could understand that to use drugs as a child usually stems from trauma or stress. It’s also noted, at the end of the article, that Chafer-Smith had an unsettled early life, attending 12 primary schools and three high schools, before dropping out in year 9.

The longitudinal Adverse Childhood Experiences (ACE) Study has identified 10 types of childhood trauma and examined the long-term health outcomes. The higher the number of adversities experienced, the more susceptible the participant is to problematic substance use and other health issues. It’s also well-established that early-life stress can cause profound changes in the wiring of the developing brain. And a study published in the American Journal of Preventive Medicine in 2016 found that individuals who moved schools multiple times are more susceptible to violent criminality and substance misuse.

While a newspaper journalist isn’t expected to pepper court reporting with studies, some basic empathy could have reframed this story into one about young adults falling between the cracks, or about troubled beginnings leading to criminal activity. Instead, it reduces a complex young woman to a series of stereotypes. In addition to her history of drug use and how she was dressed, we’re also told Chafer-Smith is “an Aboriginal woman with a criminal record”. It’s hard to imagine any publication pointing out someone’s Caucasian ethnicity.

Also mentioned only in passing is Chafer-Smith’s “history of relationships with much-older men” – upon reading which it’s unsurprising that her pathway into drug use began so young. Her accomplice in these robberies, Clinton Phillips, has entirely escaped the spotlight in the media, despite the fact that he is 17 years her senior. From newspaper reports on the robberies, it’s impossible to establish whether or not he was sentenced, nor are there any biographical details. Put simply, Chafer-Smith is of media interest only because of her alleged attire during the robbery of a Subway store.

With all these factors in play, it’s particularly disappointing that Mr Murphy and his publisher chose to take the crowing ‘Junkie goes to jail’ angle, further inviting shame and ostracism onto an individual who seems to already have experienced more than her fair share.