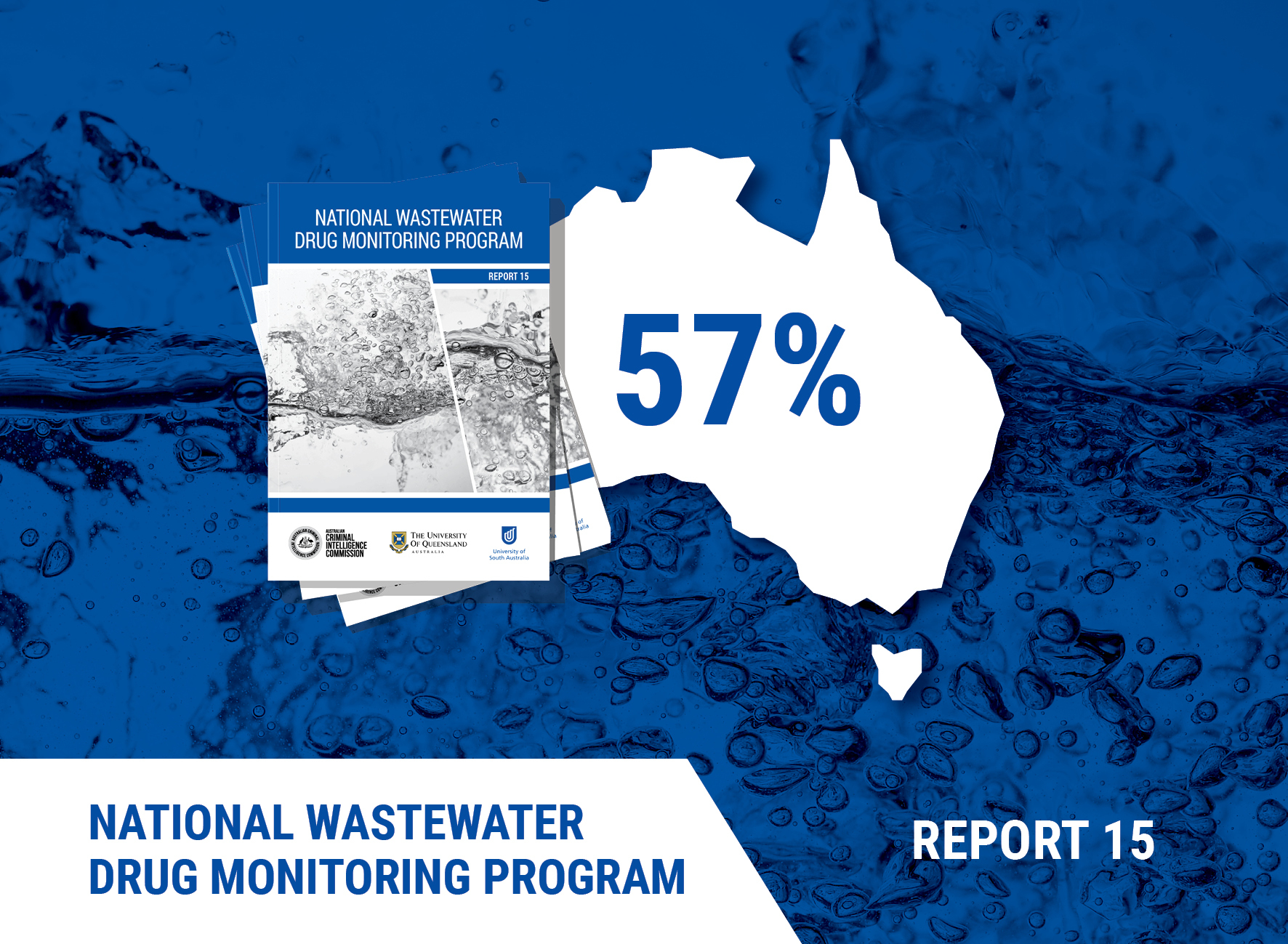 The National Wastewater Drug Monitoring Program has released its latest report and you’d be forgiven for being a little confused: The media release and the report both say that methamphetamine is “the most consumed illicit drug”.

But isn’t cannabis the most commonly used illicit drug? Yes, it is… by far. So why the difference? Oddly, the report leaves cannabis out of most figures, which has the effect of inflating methamphetamine use, leading to the predictable sensationalised media headlines.

So with this kind of obvious omission, how much stock can we really put in the wastewater analysis report?

Australia’s National Wastewater Drug Monitoring Program started in 2016 and is conducted through the Australian Criminal Intelligence Commission (ACIC). It reports on levels of metabolised drugs detected in our wastewater systems at undisclosed locations around Australia and covers about 57% of the Australian population.

Keep in mind that wastewater data indicates the overall quantity of drug use at a community level (how much of a drug is used), not prevalence (proportion of the population who use a drug). So a large number of people could use a small amount each or a small number of people could use a large amount each and the results will be similar. It also can’t tell us anything about harms or patterns of use. Quantity and prevalence are not good indicators of harm.

The program reported a decrease in detection of methamphetamine, MDMA, MDA, oxycodone and fentanyl, and an increase in cannabis and heroin, in the wastewater. The report puts these changes down to pandemic-related border closures and policing, which is one reasonable explanation.

The changes may also have been influenced by the context in which certain drugs are typically used. Stimulants tend to be party drugs and with much of the country under some kind of restriction, there were fewer opportunities to use. Cannabis tends to be a ‘stay at home’ kind of drug, and there was a lot more of that during the pandemic.

The drivers of drug trends are many and complex. To really make the types of interpretations in this report, and to fulfil the stated aim of addressing harms, the results need to be put into a broader context by triangulating, and ideally timing data collection to coincide, with other data sources.

The report notes that the restrictions put in place as a result of the COVID-19 pandemic, severely constrained the drug markets but that “organised crime groups continued to find ways to supply illicit drug markets during the pandemic and to generate significant illicit revenue through this activity”.

For me, this just further demonstrates the futility of prohibition and the need to take a better approach to reducing drug-related harm.

Unlike most other data sources about drugs in Australia, which generally present an analysis of the results with little or no interpretation, the wastewater report tries to make sense of the data. The problem is that the conclusions are often an overreach, going way beyond the available evidence.

The ACIC says: “Our report helps address harmful drug consumption through improving knowledge about these influences so that tailored supply, demand and harm reduction efforts can be developed and implemented by decision makers on a range of drug and public health issues.”

For this to actually happen the ACIC need to improve their interpretation and reporting of data, by providing suitable context for findings and triangulating data with other data sources on drugs.

All data sources have strengths and limitations, which is why it is so important to both contextualise findings based on the data collection method and make any limitations clear to the reader. It’s unhelpful to make speculative conclusions and interpretations that go outside the data.